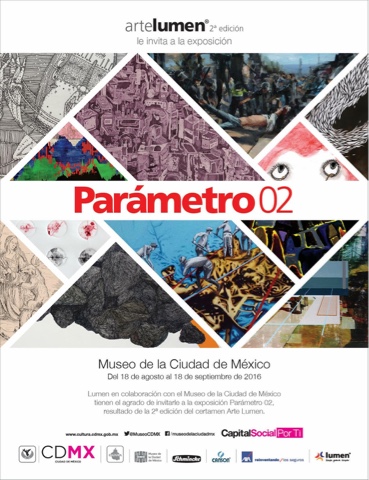 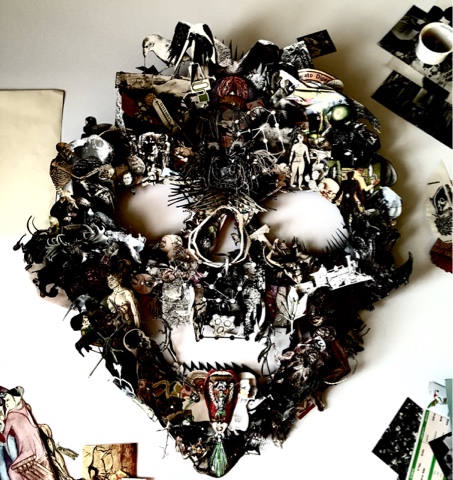 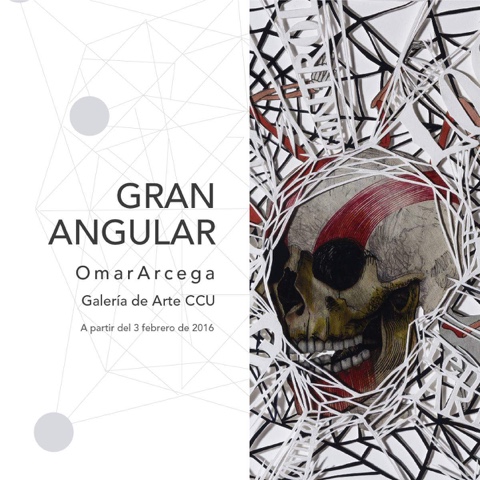 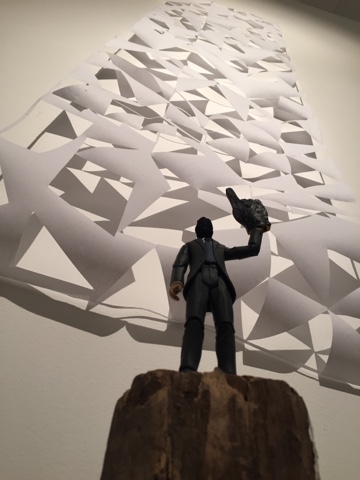 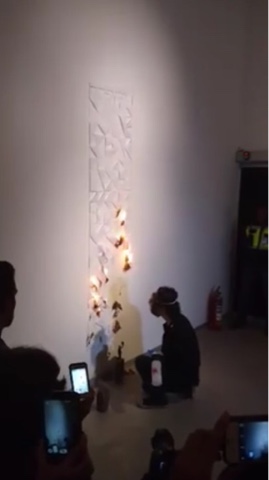 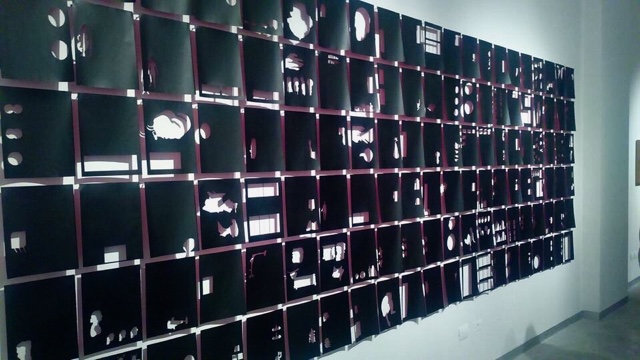 Black Mirror presents the artwork of the Mexican artist Omar Arcega. He borrowed the title from an ancient Aztec relic; a highly polished obsidian mirror that belonged to Dr. John Dee, an Elizabethan mathematician, astrologer and magician, the artefact is currently part of the British Museum’s XVI century collection. The mirror or tezcatlserved the priests of Tescatlipoca (one of the four main gods of the Aztec cosmogony and patron of the ruling class) and Dr. Dee (Queen Elizabeth I’s advisor) as a cognitional tool that offered knowledge through the introspective journey that one’s rarified reflection triggered. Arcega proposes this experience as a tool to reflect in our understanding and involvement in the construction and the representation of power. He invites us to use these semi reflective surfaces asdisplacement tools to position ourselves differently in front of the structures of power representation.

The two drawing collections presented in the exhibition belong to a recently started series called World Atlas. Both present two large groups of power symbols ripped of their content. In the case of W.A.: Black Flags 2015, their colorhas been replace with matt and semi reflective black surfacesand their national coat of arms has been suppressed, turning them into a minimalistic repetition of form, closer to a systematic representation of the cube that Lewitt would present, than a stoic presentation of proud nationalistic symbols. In W.A.: Heraldic Arcega leaves only the outer shape of a collection of shields, emblems and medals, taking out all of their content and ornamentation. Suggesting the absence of legitimacy in the succession of power.

Arcega’s simple but powerful gestures set to the task of leveling the playing field. He wants to break the power symbol’s hierarchical order by homogenizing and juxtaposing them, by leaving only their geometrical construction and making them transparent. He understands that historically power has chosen to represent itself in many ways (powerful, almighty, generous, fearless, omniscient, ominous, capable, etc) and through specific materials, colors, flags, banners, shield, emblems, architectural constructions, etc. However for Arcega those symbols only represent power itself and its intention to maintain its status.

Coming from the tradition of Mexican artists/cartoonists like José Clemente Orozco or Damian Ortega, which werecritical and humorous towards profoundly disconcerting political situations, like the revolution in 1910 or the economic and political crisis in the 90s in Mexico. Omar chooses a sardonic and slightly ominous position, however one can still see some sense of humor in how he turns this collection of symbols into a caricature. He Leaves their fragile skeleton exposed to the public, throws light at thenonsensical repetition in the language and somehow screams like the little child in “The Emperor’s new clothes”.

In a time were Mannings and Snowdens erode the almighty image of governmental agencies Arcega´s work invites us to join them and not only doubt the content of the message, but also the how the message was codified. So I invite you to enjoy the journey and to observe the work carefully, look for those rarified reflections or at least try to find in yourself the voice of the child that screamed “He is naked!” 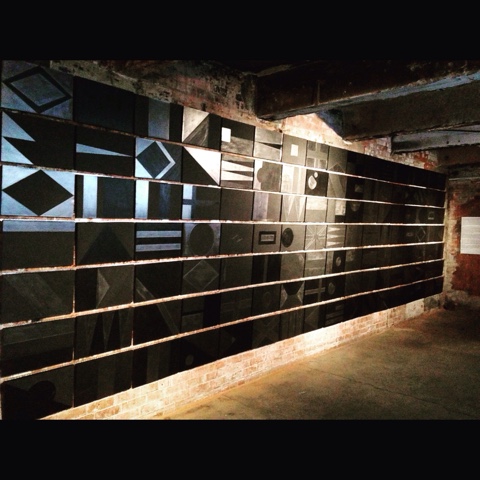 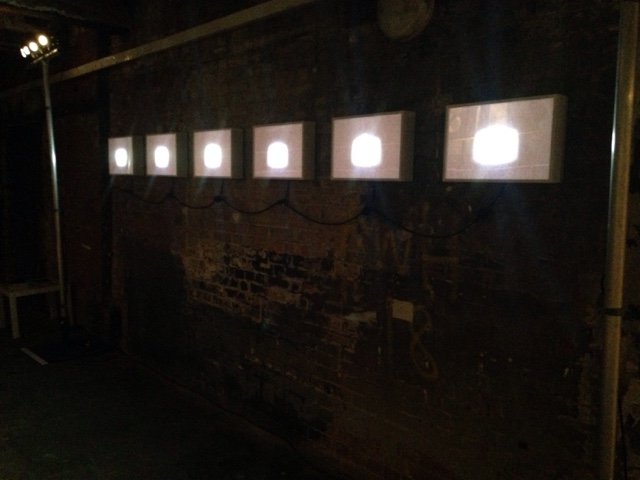 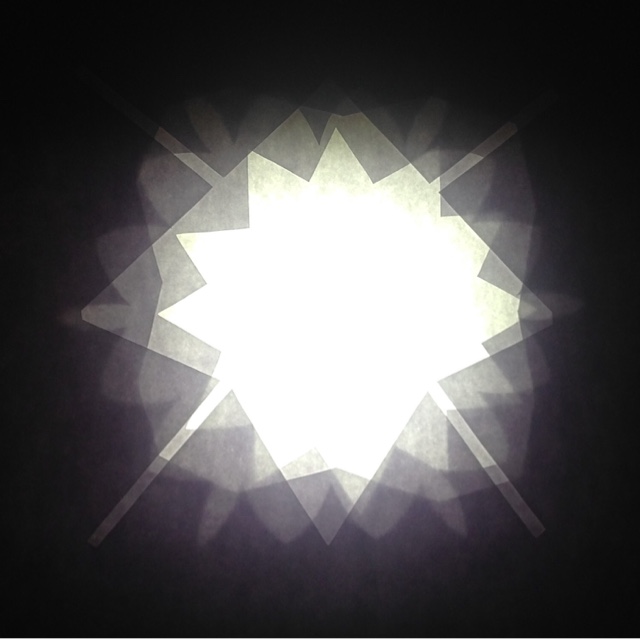 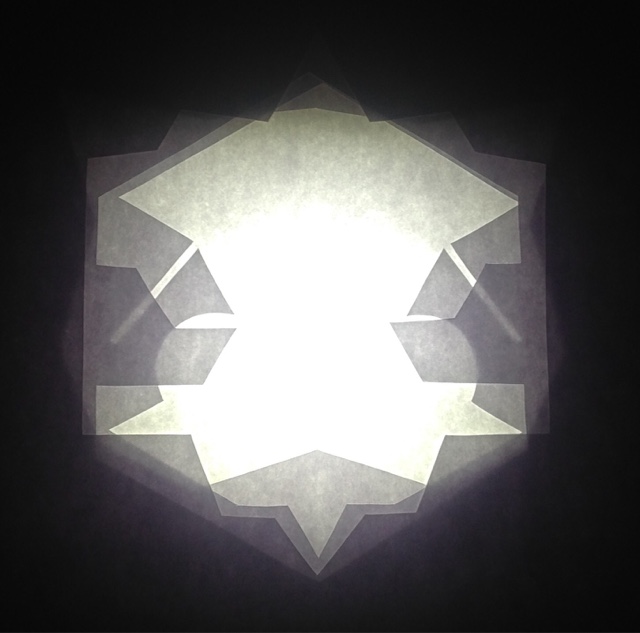 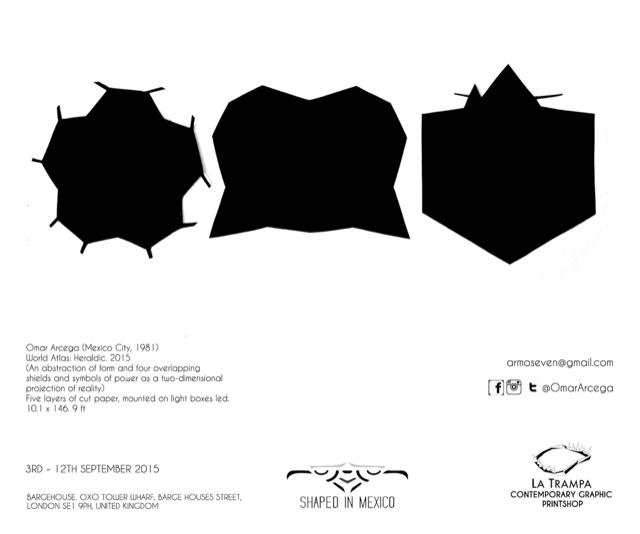 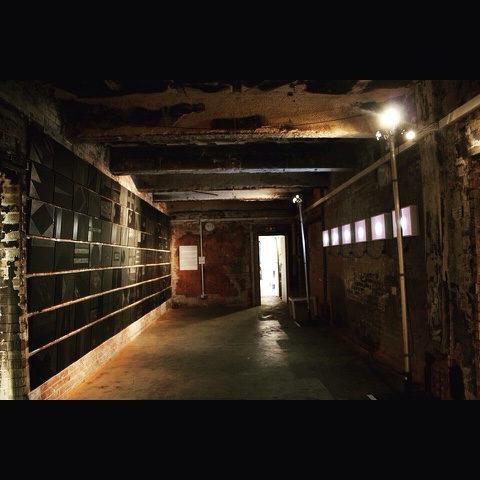 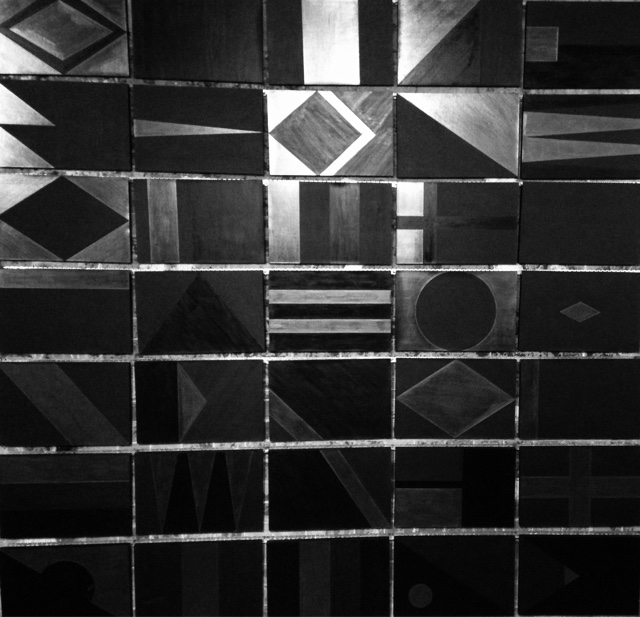 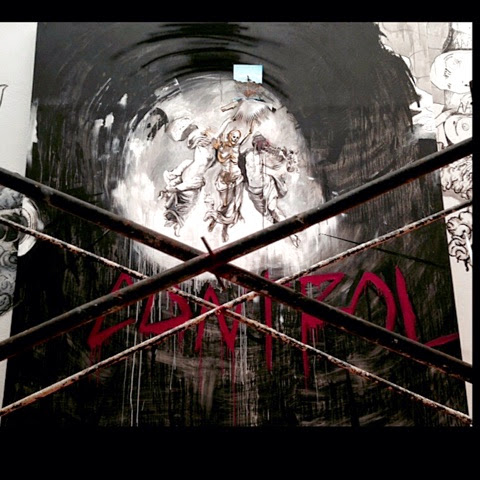 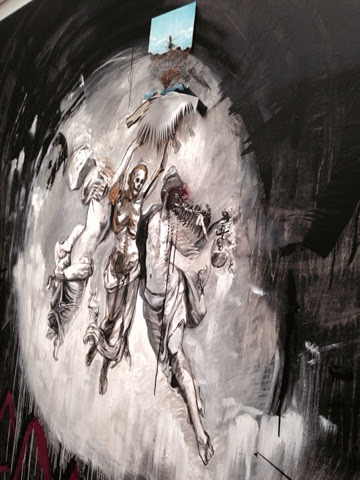 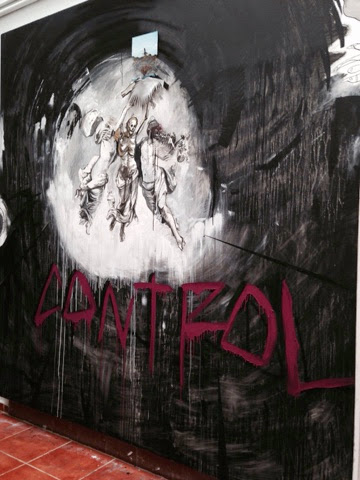 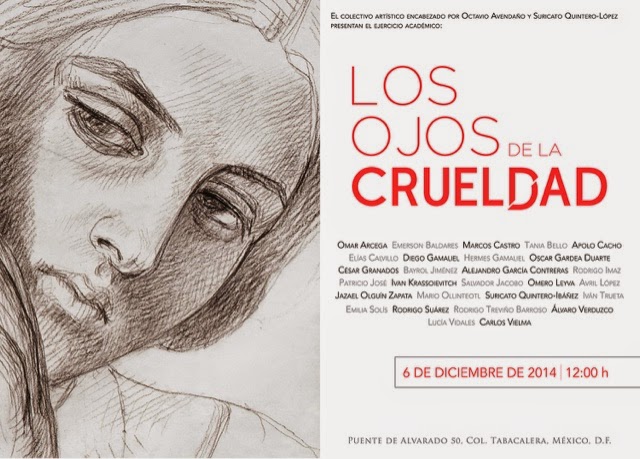 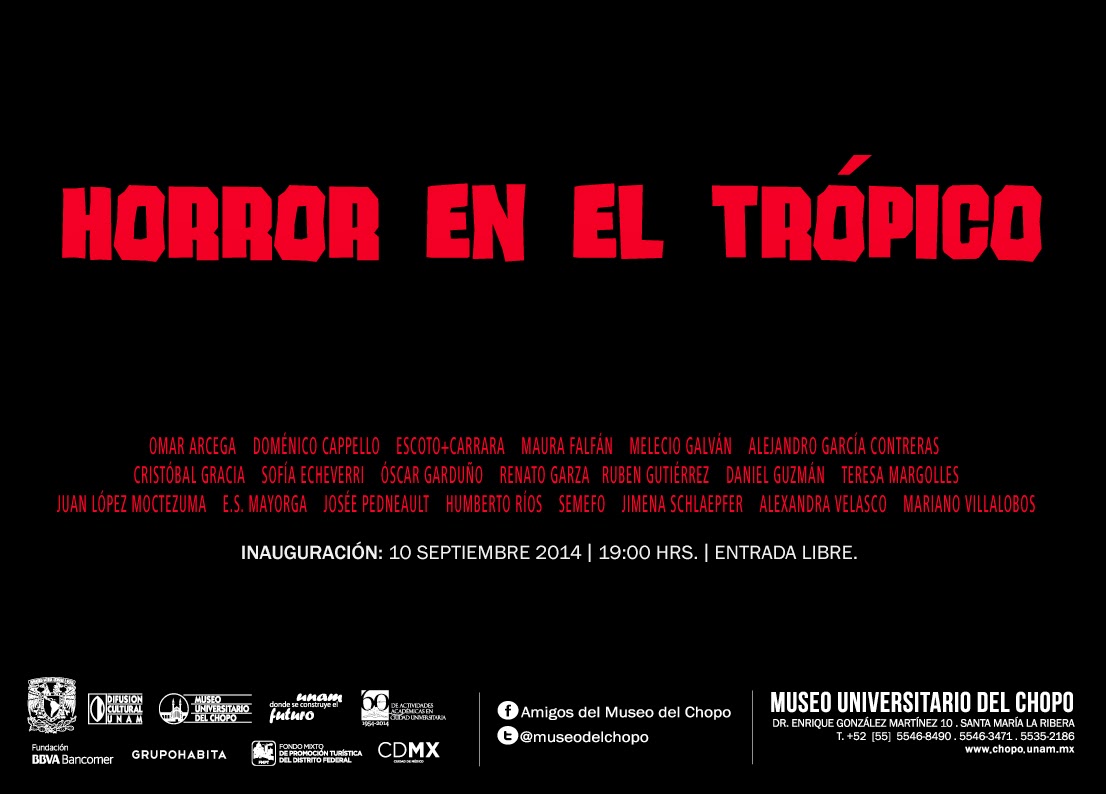 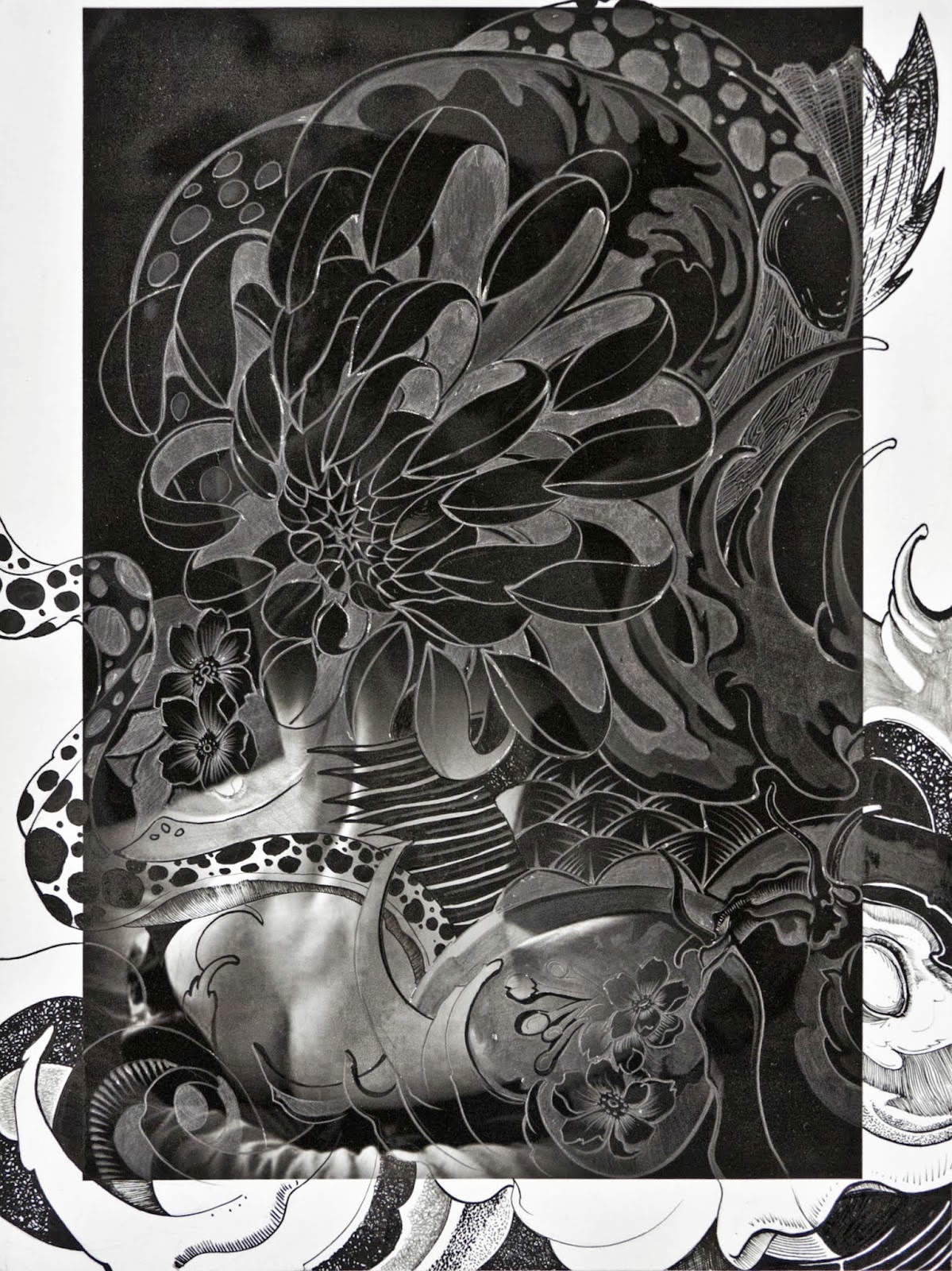 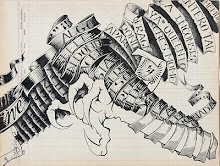 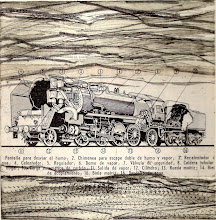 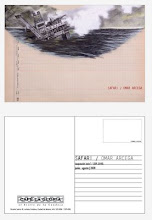